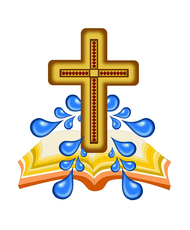 Handing on the gift of life to your child means not only bringing them to birth but helping them grow. It is not just a matter of “getting the baby done”! Nor is it just about a family celebration or getting a place in a Catholic School. To hand on the gift of Faith to our children is to help them grow spiritually. To have your child baptised is to set them on a journey, an adventure, a relationship with Jesus. That journey will, we hope, lead them to heaven! But it also has the potential to give them joy and a firm foundation for their lives on this earth.

Our parish community is delighted that you are taking this step for your child (or are at least thinking about it). You only want the best for our children and giving them the gift of Faith and the promise of eternal life is the most important gift you can give.

The first thing is to come along to Mass either Saturday night or Sunday morning in either church of our parish and have a quick word with Fr Francis and he will give you a baptism application form. There is an expectation for you to attend Mass for at least six weeks before any arrangements can be made. During this period Fr Francis will try to visit you at home. After this there will be a baptism preparation session to attend at the presbytery where you will look at what happens at the baptism ceremony together with our parish catechists. 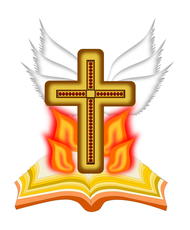 Just as bodies and minds grow, Catholics believe that the soul also needs to grow in the life of grace. The sacrament of Confirmation builds on the sacraments of Baptism, Penance, and Holy Communion, completing the process of initiation into the Catholic community.

As a Sacrament of Initiation, Confirmation establishes young adults as full-fledged members of the faith. This sacrament is called Confirmation because the faith given in Baptism is now confirmed and made strong. During your Baptism, your parents and godparents make promises to renounce Satan and believe in God and the Church on your behalf. At Confirmation, you renew those same promises, this time speaking for yourself.

During Confirmation, the focus is on the Holy Spirit, who confirmed the apostles on Pentecost and gave them courage to practice their faith. Catholics believe that the same Holy Spirit confirms Catholics during the Sacrament of Confirmation and gives them the same gifts.

Our diocesan policy on Confirmation states that the Sacrament will be celebrated with candidates aged 13 years old (Year 8) and above. There is also the possibility for adults to receive this Sacrament. In the first instance please make contact with the Parish Priest. 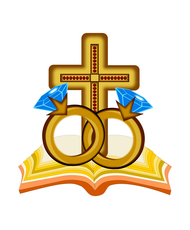 For Catholics, the Sacrament of Marriage is a partnership between a man and a woman “of the whole of life (totius vitae consortium) and which is ordered by its nature to the good of the spouses and the procreation and education of offspring.” The effect of the sacrament is an increase in sanctifying grace for the spouses, a participation in the divine life of God Himself. Marriage is not simply a legality but a vocation.

If you have recently become engaged and are seeking information about getting married in St Joseph’s Church or St Marie’s Church, congratulations!

In asking to be married in the Catholic Church, you and your future spouse are publicly proclaiming your faith in the Lord Jesus Christ and asking to live as disciples of Christ in the Sacrament of Marriage. The sacred liturgy of your wedding, which begins your married life by the solemn exchange of marital consent, is above all else an act of worship; and we will help you prepare both for that happy day and for the lifetime of marriage that follows your nuptial liturgy.

Catholics can marry non-Catholics. The Church does require baptized Catholics to marry in a Catholic Church whether the spouse is Catholic or not. The person the Catholic is marrying does not have to become a Catholic, since it would be wrong for someone simply to convert to Catholicism simply in order to marry.

With regard to Catholics marrying someone who has been married before, then speak to Fr Francis as to marrying in Church. There are all sorts of different situations that arise and the Church as specific answers to them. It is best to have a chat with Fr Francis about your specific situation.

The Church requires that engaged couples attend a pre-nuptial weekend course in the six months prior to their marriage.

The best plan of action is to make contact with Fr Francis at least six months beforehand to discuss your marriage plans.